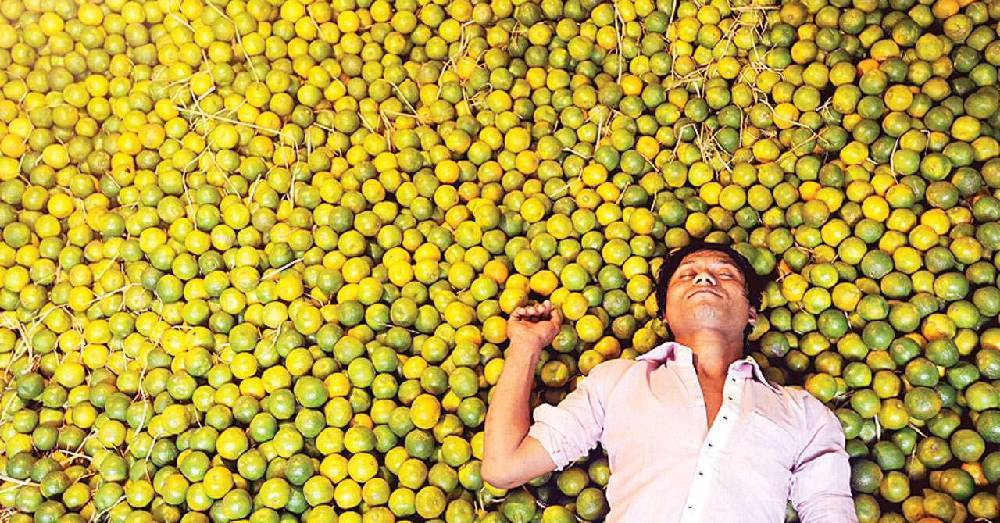 Kinnow is a high yield mandarin hybrid from the citrus family. It is a hybrid variety of two kinds of citrus cultivars - King (Citrus nobilis) and Willow Leaf (Citrus x deliciosa). Kinnow is a rich name among fruits and one of the most famous fruit grown all over the world. India is the third largest producer of citrus fruit. Major producing states in India are Maharashtra, Punjab, Andhra Pradesh & Madhya Pradesh, which collectively have about 71.45 percent of total area under mandarin (Kinnow) cultivation.

From the citrus fruit family - Kinnow has become exceedingly popular among grower and consumer because of its rich fruit quality and economic significance. Kinnow is widely accepted and the most important form of mandarin in the Punjab region of India and Pakistan, among of all the citrus trees in this region, Kinnow fruit trees constitute about 80 percent.

Punjab is the largest producer of Kinnow in the country with 51,000 ha of land with almost 12 lakh ton of annual output with highest productivity of 23.40 metric ton per ha.

In India Kinnow has its potential market like Tamil Nadu, Mumbai, Andhra Pradesh, Gujrat, Karnataka, Madhya Pradesh etc. It also has its competitor fruit from Maharashtra region known as Orange or “Nagpur Santra”. 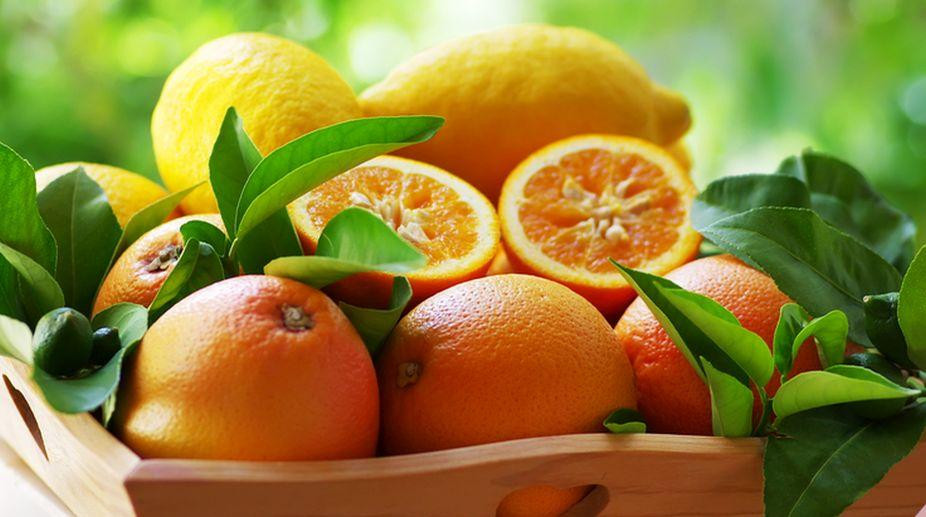 Kinnow harvesting in Punjab starts in November and goes on till March. Due to longer duration of winter in Punjab, late harvesting of Kinnow, the fruit’s market share is lost to Nagpur Oranges.

To export the Kinnow in its potential market it requires waxing, packaging, grading and transportation. The prices of Kinnow ranges from Rs 18-20 per kg on the season, however in the upsurge of demand or in offseason it is as high as Rs 25-30 per kg.

To boost its export, price realization value and to attract more consumers Punjab Agri Export Corporation has launched “Punjab Kinnow” as a brand, which is considered the “King fruit of Punjab”.

There are many problems associated with crop production and technological awareness which need to be addressed.

Just like other fruit crops, the Kinnow is also attacked by various insect, pest and diseases. These insect, pest & diseases not only hamper the quality and production of Kinnow but also the export value.

Major damage to the “King fruit of Punjab” is infested by both fungal and bacterial diseases such as Citrus Canker, Scab, Dieback & Fruit dropping which greatly affect its export quality & quantity.

To overcome these problem a noble product with both fungicidal and bactericidal action is required.

Dhanuka Agritech Limited (DAL), is a leading agro-chemical Indian company with its overall 80+ brand and strong distribution network of 7000+ distributor, 75000+ retailers and serving 10 million farmers every year with its quality crop care solutions had introduced a noble product for the benefit of such farmers. In the year 2016, Dhanuka Agritech Limited (DAL) had launched this noble product Conika, which is effective against a wide range of plant fungus and bacteria.

Conika (Kasugamycin 5% + Copper Oxychloride 45%) is WP formulation, both the molecules are attached with MAB bond technology having synergistic effect which makes it unique from other molecules present in the market and effective against both bacterial and fungal disease. It also boosts up plant strength, with no phytotoxic effect and low Post Harvest Index (PHI) hence, export friendly chemical.

Conika is broad & cross spectrum, Contact & systemic, having broad window of application which means it can be applied at all critical crop stages like flowering fruiting etc. It is first time registered technology in India which control both fungal and bacterial diseases simultaneously.

“Two rounds of prophylactic spray of Conika @ 2g/ltr, First  spray just after pruning and second spray at the initial stage of fruit development is one stop solution for multiple diseases  like Foot rot/Gummosis, Die back/Anthracnose, Pathological Fruit drop and Citrus Canker in Kinnow” consented Abohar-based Periwal - a farmer who grew Kinnow over 35 acres of land.

On the other hand, Leaf minor, Whitefly, Citrus Psylla & Citrus mealy bug are some of the major pests that causes severe damage to the citrus crop. Majority of insect infest the crop at new flush stage and damages the new growth & fruit blooming thereby hampering the plant development & production.

Mealy bug sucks the sap and excrete honeydew on which sooty mold fungus grows, it also gives the plant a blackish look, hence doesn’t appeal like a healthy plant to the bulk buyers/commission agents and ultimately decreases Kinnow’s market value.

Dhanuka Agritech Limited’s D-one (Sulfoxaflor 24% SC), is a complete solution for mealy bug which has superior control on adults & nymphs with excellent residual activity and control on resistant population, which makes it unique from other molecule available in the market for the control of mealy bug. Farmers who have tried different molecules earlier claim that no other molecule has given them satisfactory results like D-one.

It was found that (D-one @1ml/ltr +Wetcit @1ml/ltr) gives 99.99% percent control against mealy bug infestation. Results of which are visible upto 40-60 DAT. Farmers of Godur district in Andhra Pradesh district have claimed, “A Single spray of D-one is enough for citrus mealy bug infestation”.

Through this blog we have tried to give you a broader insight of disease and pest problems in cultivation of Kinnow and their best possible solutions/remedies.

We, Dhanuka Agritech Limited, hereby bring to the notice of all concerned that fake job offers are been circulated on behalf of Dhanuka Agritech Ltd. by certain individuals/entities by sending false emails and asking the job seekers to pay processing fee to get the interviews done. We at Dhanuka Agritech Ltd. follow an extremely professional and comprehensive recruitment and selection process where:

2) We don't ask our vendors to arrange any online interview like skype or google hangout etc. It is only arranged by Dhanuka Recruitment Team.

3) Dhanuka does not ask for any processing fee or security deposit against any interview or Background verification and neither any of our recruiting agencies charge any amount for processing the profile for recruitment process.

4) The offers are always made directly by Dhanuka Agritech Ltd. and not by any third parties.

• Anyone making an employment offer in return for money or other type of gain is not author,. by Dhanuka Agritech Ltd. and is not offering an approved job.

• Dhanuka Agritech Ltd. reserves the right to take legal action, including criminal action, against such individuals/entities. All vacancy in Dhanuka are listed in the company's career webpage: https://www.dhanuka.com/current-openings in addition to being advertised in the job portal.

If you receive any unauthorized, suspicious or fraudulent offers or interview call, please write an email us at recruitment@dhanuka.com